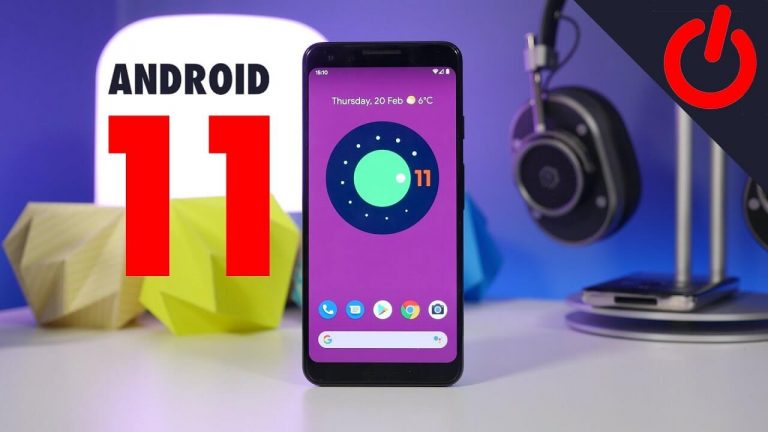 Android users around the globe were greeted with the release of the new Android 11 in late 2020. This latest version offers a plethora of convenient features that enhance the overall performance of your devices. Android also introduced more than 100 new emoticons, including various transgender and gender-neutral ones.

In this article, we will discuss some of the best Android 11 features that will make your experience more seamless. However, you must keep in mind that all mentioned features might not be present in your device because many companies such as Samsung have tweaked certain aspects to provide a customized experience. In simple terms, they have replaced these options with other exclusive UI features.

But before we delve into the new features of Android 11, Here’s a quick recap of Android

history to fully understand where we started from:

In 2003, Android started as a project of the American technology company Android Inc. The aim was to develop an efficient operating system for better functioning digital cameras.

However, later in 2004, it was converted into an operating system for smartphones. In 2005, the American search engine company Google Inc. purchased Android Inc.

There, the team worked and based the project on Linux. Linux is an open-source operating system specifically designed for personal computers. The first-ever cellular telephone that featured the new and innovative operating system was the T-Mobile G1. It was released on October 22, 2008. Later, in 2012 Android became the most popular and extensively used operating system for mobile devices, leaving Apple’s Apple’s IOS behind.

Android 11 is the latest version of the widely used operating system called Android. According to the developers, the latest version of Android is designed to be more people-centric and expressive. This latest technology offers a new set of controls that enhance your digital space and privacy.

Now users can easily get access to a variety of convenient features such as conversation notifications, one-time permissions, enhanced media controls, and so much more. All of these features are specifically designed to enable the faster functioning of devices.

With that being said, here are the latest features that you can keep an eye out for!

In the latest version, Android offers an extensive range of functions and commands through the power button of devices. Earlier, the power button typically offered three command options-shut down the device, restart it, or call emergencies. With the new Android, you get added options of getting easier access to your smart home devices as well as your Google wallet. The best part about this feature is that you get to customize the options or devices on the screen. So, you can now conveniently access your priorities without having to unlock your phone, which is an added bonus for emergency situations.

Voice access is an accessibility feature that enables users to control their smartphones by simply giving a voice command. The upgraded Android 11 can interpret these commands much more seamlessly in real-time, making the process quicker and more accurate. The user doesn’t have to pick from the various options by inserting any numeric digit, unlike in the previous versions.

3.  Easy control of the notifications regarding conversations

The positioning of the media player has been changed in the new Android UI. Now, you can find it at the bottom of the Quick Settings panel, making it easier for users to access it quickly. If you swipe down, a mini player will pop up. If you want to use the full-sized player, you simply have to swipe down again. This version also allows you to view side-to-side controls of more than one app at a time.

It often happens that while trying to access a certain notification, you mistakenly remove some other important notification from the drop-down menu bar. And this leads to unnecessary waste of time as you would then have to open the main app and look for the exact notification you removed. To cut down this frustration, Android 11 has come up with a solution. Now, you can get easy access to your notification history!

This option is available in the settings. It allows you to track down and view all your notifications that you received and cleared in the past 24 hours.

6.  Keep track of your favorite apps

Android 11 enables users to organize the share page and create a clean space for the other apps. With this added feature, it is more convenient to use the share page since now you can pin your all-time favorite pages to the top of the list with the utmost ease.

To get access to this feature, just go to the main menu and long press on the app of your choice. Soon, the option to pin will pop up. However, you must keep in mind that, as we mentioned above, some companies have adopted a unique approach to this. So, this feature might not be so commonly observed. As various brands have comparatively different menus, this aspect can vary in each device.

Android 11 allows us to grant temporary permission to an application. This feature enables you to grant any application certain permissions for a limited time period. So, you can allow an application to access your files, your location, or Wi-Fi only once while using it for a specific purpose. Earlier, apps required access to this information all the time, but now this feature has become more granular. Individuals can give access to applications for only the current session itself. When that application is no longer in use, all the permissions that were given are automatically revoked. However, you can still choose to give the app permission for a longer duration as per your requirements.

In most cases, when a phone is issued by an employer, it is often managed by Android enterprise software provided by Google. That means that Google’s Android enterprise software has access and control over your phone’s data. So, the numerous apps, permissions, and any type of data present on your device are accessible to the outside entity. With the launch of the new Android 11, users now get an option to create a separate and distinctive personal profile. This profile is independently handled and managed separately from the enterprise profile. This feature enables users to have access to more privacy.

Furthermore, this feature allows users to get easy access to a plethora of features, such as completely separate tabs for their personal as well as professional use. To top it all off, the new Android version also provides an interesting feature that allows users to pause their work profile. This implies that the employees can simply disconnect from their work restrictions. The new feature enables them to use the device as a personal phone because of the enhanced privacy offered.

Earlier, users had to use a USB cable in order to connect their mobile phones to their cars in order to play music. Android later introduced a wireless mode back in 2018. However, this wireless option was only introduced in some Pixel phones. Samsung devices were later added to this list. Now, with Android 11, almost every phone supports Android auto wireless. This allows users to directly connect their phones with cars, given that your device supports 5GHz Wi-Fi.

In the above article, we have amalgamated the best eight technologies and features offered by the latest Android version. These features enable users to utilize the functions of their devices more conveniently. The developers have tweaked certain aspects of this operating system to make it more convenient and easier to use in real-time. With enhanced media buttons and a more elaborate notification panel, this version of Android serves the users in the best way possible. We trust that the above-mentioned article will help you gain a wider perspective and understand more about the latest features of the Android 11.

Author Bio:  Charlotte Lin is a content creator at escaperoom.com. She’s a passionate young woman, mother to an amazing nine-year-old, and an avid reader. Over the years, writing has helped her explore and understand the world as well as her own self. She loves to travel, meet new people, and spend quality time with her daughter. You can find her on LinkedIn.